Salesforce is a cloud computing company that has made heads turn towards it all across the world. It is behind the latest sensation in the technology market, namely customer relationship management or CRM. It is also one of the highest grossing cloud companies in the world currently. Generally, Salesforce creates an interface between case management and task management in addition to automatically routing as well as escalating important events. The social networking plugin provided by Salesforce lets the user join any conversation about their company on popular social networking websites. Salesforce training has become quite sought after with the emergence of Salesforce as a major player in the CRM market.

Any Salesforce consultants can be categorized into three different groups:

With the increasing demand for Salesforce in the market, the demand for knowledge experts has also increased considerably. A Salesforce Administrator is also a business process expert. They work with the business owners and understand the existing issues as well as collect information required. The information gathered by the salesforce administrator is put to good use during the developing phase. Generally, Administrators deal with the clients in a face to face approach, whereas a Developer works behind the scenes. The developer is required to have an in-depth knowledge of different coding languages as well as the ability to quickly learn a new coding language.

Generally, Salesforce developers profit from learning Salesforce Administrator as well. Salesforce is currently creating quite a stir in the technology industry due to its productivity. Salesforce has reached the phase where it is being taken seriously and companies are on the lookout for people with proven knowledge in it. Most Salesforce developers have diverse backgrounds which they can use to their advantage. Salesforce can be used as a general purpose tool to build data-driven applications in the cloud in addition to extending CRM apps. 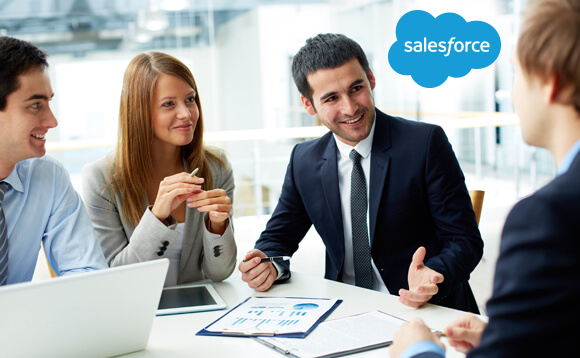 The prerequisites for any Salesforce developer can be seen below:

Salesforce Platform generally uses a classic model view controller model, but it is not necessary to stick to this model. The developer is free to map out the app and decide where the features are to be implemented.

This site uses Akismet to reduce spam. Learn how your comment data is processed.